This is the latest viral video doing the rounds in the UK. It shows a possibly drunken or drugged up Bitch of a woman on a tram in London hurling racist abuse at any non-white person on it.

One of the saddest parts is the fact that she as her Toddler child sitting on her knee and is giving it several rounds of Fucks in front of him without a care.

In America, she would be described as Trailer Trash. In the UK, she would be called a Chav, but I belive that description is being disrestpectful to Chav's.

Since this video as been posted online, the woman as been arrested for spouting racism, similar to the charge John Terry may have to face. The lady is also recieving some support online, but this is very, very small.

Don't get me wrong, even though I'm married to an Immigrant and have a mixed race Daughter, I believe that the UK does havean Immigrant problem, but in my view it's nothing to do with skin colour, but with people entering the country illegally and not putting anything back into society.

Watch the Video and judge for yourself.

Posted by BangkokRam at 9:12 pm No comments:

I came across this video on You Tube of the housing project we used to live on.

As you can see, the flooding is staggering, these video's were taken after the worse was over, but still the devastation is beyond my comprehension.

When I think of all the people we know who live on the Project and the livelihoods they earnt from their houses, I really hope that they recover soon.

Posted by BangkokRam at 4:09 pm No comments: 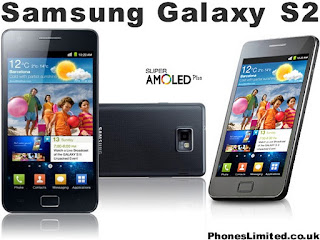 Well after 3-1/2 years of using an iPhone, I have finally changed phones.

I have just bought a Samsung Galaxy S2. It seems to have everything that the new iPhone 4S has and is far superior to the iPhone 3GS that I was using. Sadly the main reason is the expense, at nearly £200 cheaper than the new iPhone it was pretty much a no brainer.

I really like the 4.3" screen and the brightness of the screen, the 8mp camara is outstanding.

It will take a bit of time to get used to the new Android operating system, but first impressions are that it does the things I need it to do and alot easier.

Also no "iTunes", heavens be praised from being tied to something that is the only way your phone can operate with.
Posted by BangkokRam at 8:43 am No comments: 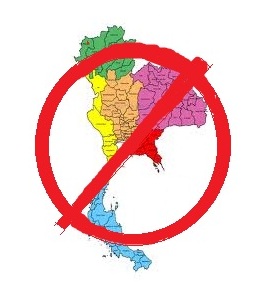 Thailand seems to have plummed a new low in the sphere of free speech.

This week a 61 year old Thai man, Ampon Tangnoppakul has been jailed to 20 years in prison for allegedly sending four SMS messages to the secretary of the former PM in which he is said to have broken Thailands strict Lese Majeste rules.

Lese Majeste is a law designed to protect the Thai royal family from critism and abuse. In itself that is maybe not a bad thing. Some of the things that are said about our royal family really gets on my nerves sometimes. However if the critism is deserved, then an adult discussion is a good thing.

Unfortunately, in Thailand, a group of elite, ultra royalist who run the country have taken the law to its enth degree. Anything negative or not towing the official line will see you in court. It is used as a political football and every party has to be seen to be cracking down on any one that breaks the law.

In the Bangkok Post today, it was reported that anyone who puts anything on Facebook or likes anything that is considered to be a Lese Majeste offence on facebook will be tracked down and prosecuted.

It seems that in this present world of instant news and social networks, I can only see Thai jails becoming full of people who have broken the law, maybe even people who weren't even aware that they had broken the law.
Posted by BangkokRam at 10:41 pm No comments:

As the floods in Thailand move slowly from the north down to the north, west and central Bangkok, below are a few pics of the flood so far.... 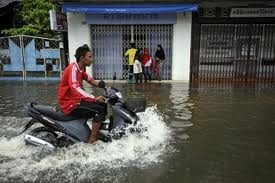 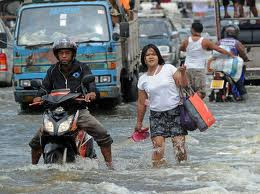 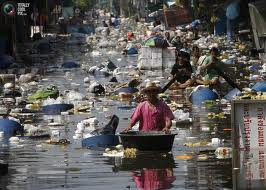 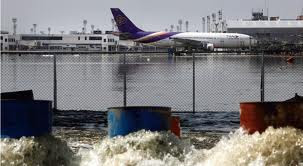 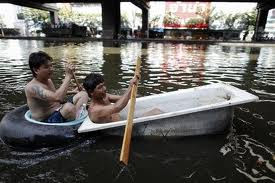 Hopefully the waters will start going down soon.......﻿
Posted by BangkokRam at 3:59 pm No comments: