Global Peace Index is a peace organisation that as released a table of 121 countries around the world, they used such index as size of army, number of police, conflicts internal and external, crimes commited, 24 sets of officially avaliable data.
Norway on paper is the most peaceful country in the world followed by New Zealand and Denmark. Japan is the best asian country in 5th place, Canada in 8th place is the best of the America's. The best African country is Tunisia in 39th place.
The UK is 49th place which is ok, take us out of Iraq and Afghanistan and we'd be in the teens.
Sadly Thailand finished in 105th place, oh dear! What with trouble in the south, military coup and the ending of democracy is it any wonder. Don't get me wrong, from my last few posts you may think i'm giving it verbally to Thailand now i'm not there. Nothing could be further from the truth, I am genuinely worried for the people I know, all that is going on is out of their control, plus they don't know half that is going on.
Posted by BangkokRam at 8:55 pm No comments:

Thailand is loosing the plot 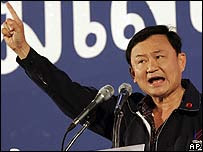 Events in Thailand seem to be lurching into chaos. Today the ex PM Taksin Shinawatra and his Thai Rak Thai political party as been disbanded and all top members banned from goverment for five years.
This action I doubt will go un-answered, Thaksin as a huge support base in rural Thailand, only a small percentage of the population took to the street last year to protest against him.
At the time of the coup, many foreigners and the BAngkok Middle Class seeme quite pleased at the Thaksin outing, I wonder what they are thinking now, I can't see how they could possibly think things are better in Thailand under the military Junta. I spoke to at least a couple of dozen Thai's regarding the coup and non of them were happy with the outcome, I know that isn't a large poll, but for all of them to be in favour of Thaksin and democracy must mean something.
Thailand is a real joke at the moment, what with the Military Junta, You Tube ban, Dodgy Stock Market, Puppet Goverment, two faced values and now the Thai Rak Thai debacle. Things are worse.
I'm just glad Nuch is coming over next week.
Posted by BangkokRam at 7:21 pm No comments: 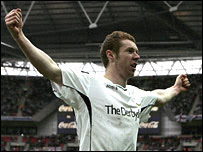 The Mighty Rams are through to the Premiership after a ok game against West Bromwich Albion.
WBA were probaly the better side over the ninety minutes, but the Rams were on top when it mattered, especially when Stephen Pearson slotted the ball in the back of the net in the second half.
Wembley is a top stadium, there were about 20000 seats not filled which is probaly down to a cock up by the FA, Derby alone could have filled them easy.
So hats off to Billy Davies, I didn't think he had it in him, but i'm glad he proved me wrong. So it'll be Man Utd, Chelsea and Liverpool at Pride Park next year, not Crewe, Stoke or Burnley!
Posted by BangkokRam at 8:39 pm No comments:

That isn't this weeks lottery pay out, sadly it is this website's world ranking according to Alexa.com.

There are over 100 million web sites, not all are listed on alexa, but I suppose i'm in the top half of the league.

Found out where your website stands www.alexa.com
Posted by BangkokRam at 5:39 pm No comments: 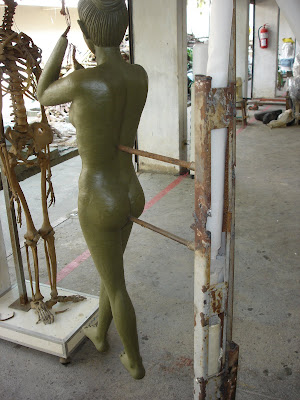 We came across this figure at the Kings Art centre between Phatum Thani and Auttaya.

As you can see the poor dummy is being suspeneded off the floor by a massive bolt up the ass, uuuhhhh!

The centre is worth a visit, a series of small arty workshops, all very laidback and seriously cheap articles for sale. a couple of Pad Thai places to eat and a part of Thailand that is away from the hussle and bussle of normal life in Thailand.
Posted by BangkokRam at 9:54 pm No comments: 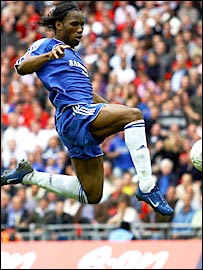 It was hyped as a thriller at the new Wembley, it turned out as a real poor game of football at what looks like a superb new stadium.
Even though I didn't want Chelsea to win, I was glad when Drogba put the ball in the back of the net, then we could get on with the rest of the evenings TV. Even the shitty reality talant shows were more interesting than the FA Cup.
Even Nuch's Dad said it was a very dull game. The Thais like their football high octane, and i'm sure expected alot more from these two teams.
Posted by BangkokRam at 8:00 pm No comments:

Since getting back, i've reaquainted myself with several beers I couldn't get in Thailand.

Carling Premier is a smooth lager best served chilled, it goes down so easy and before you know what as happened its gone!

Email ThisBlogThis!Share to TwitterShare to FacebookShare to Pinterest
Labels: Beer

Derby for the Play-Offs 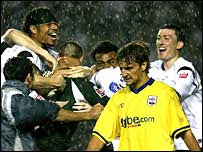 After a nerve wrecking match last night, the Rams have made it to wembley for the play-offs for a place in the Premiership.
Last saturday Derby beat Southampton at St. Mary's 2 - 1, but it was an end to end battle back at Pride Park, with Southampton forcing extra time in the last few minutes of normal time.
Extra time gave us no full result so it went to penalties, it was just a simple case of Derby not missing any, and this is just what they did.
So its to Wembley on Bank Holiday Monday to face West Bromwich Albion.
Posted by BangkokRam at 4:52 pm No comments: 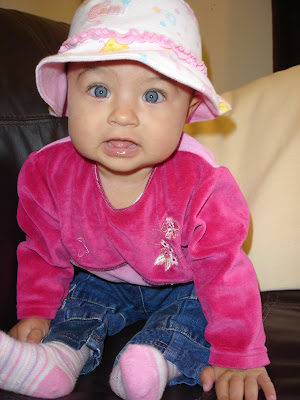 Today was a classic bank holiday monday, the weather had been ok all week and the weather forcast had the bank holiday as a grotty day. It did rain, but it wasn't to bad.
I took Elizabeth to see see her Grandad's and Great Grandad's grave, I think it is important for her to know her heritage on her english side. I know my Dad would have loved her, he had a soft spot for daughters.
I'm glad to be going back to work tomorrow, looking after Elizabeth full time can be tough, especially when she as got one on her!
Posted by BangkokRam at 7:21 pm No comments: 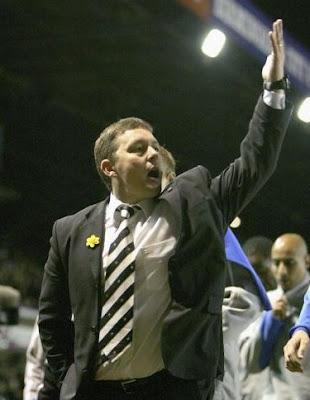 After a second part of the season on top of the Championship, Derby over the last few weeks have let it slide. Like the other year, just when they need the form, it as deserted them.
Last weekend the loss to Crystal Palace ended all hopes of automatic promotion, Derby played shite and deserved to loose. Now we have to get the Leeds game over with, we will have to go into the play-offs with a manager who as a shocking record in them.
Billy Davies as been more famous for the amount of times he as been sent from the dug out, rather than his managerial skills, but that aside, this year he as saved Derby from the usual relegation battle.

Come on you Rams
Posted by BangkokRam at 12:02 pm No comments:

I was looking through one of my favourite web sites Mangosauce, when I came across an advert for a visa consultancy. This is what it says:

"Unfortunately Strict immigration laws mean that it is virtually impossible to obtain a visa without professional help. Thai Visa Express can help you through the complicated processof successfully applying for a holiday or residential visa into the UK.

A succesful visa application many visits to a number of goverment departments and hospitals in both the UK and Thailand. Each of these departments require different information, in different languages at different stages of the application. Don't be fooled by other companies, each of these visits need to be made in person by those requiring and sponsoring the visa application. Also don't be taken in by claims of gauranteed success of a visa application. Everyone's circumstances are different, no one can gaurantee success. However your best chance of success is to use a trusted reputable signposting company like Thai Visa Express."

I have never read such a load of crock in my life, we have just been through the visa application. Nuch had to visit one Hospital to get a TB free certificate and visited the Visa application centre three times. Once to hand in the application, a second time to give more documents and the third time to collect her passport with the visa stamp in. Five working days.

In the notes for sponsors on the application form, it says that spnsors can accompany the applicant, but will not be required to attend the interveiw. I also don't know what hospital visit I needed to attend?

These people make it sound like a real headache, it is hardwork, but if you read the guidance on the visa web site then you should be able to get the desired visa.
Posted by BangkokRam at 9:07 pm No comments: 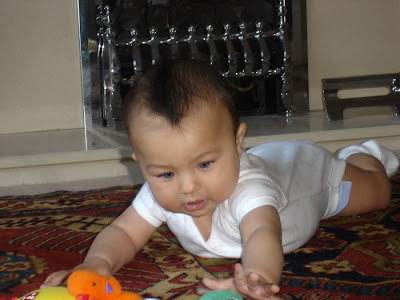 It is safe to say that Elizabeth is now crawling. When I say crawling I mean she can go round in circles, and backwards, so if she needs something in front of her she as to do a fair bit of manuvering to get to it. Looks funny.
Posted by BangkokRam at 9:04 pm No comments:

We heard yesterday that Nuch as got her residency visa, this is outstanding news and it only took five working days to get. It seems the 100% increase in the visa price as sped the process up.

Now all we have to do is sort out a few bits in Thailand and get her a ticket to the UK, so I reckon late may, early june. Roll on!

In trawling through Thai web sites I have seen loads of companies advertising visa services, basically they hold your hand and get you through the process quicker. Some even go as far to say you wont get a visa without their help. Bullshit, we did all this ourself and found the whole process tough, but do-able.

So if any one who reads this blog and would like to hear our ecperience in depth, just drop me your email on the comment strand.
Posted by BangkokRam at 8:56 pm No comments:

I came across this website last night, basically it provides a list of a load of blogs avaliable with Thai bias.
There are some good blogs with loads of pictures, expats moaning and even a blog that shows wierd and bizarre video clips.
Check it out, it'll engross you
Thailand Voice: The Best Blogs from Thailand
Posted by BangkokRam at 10:13 pm 1 comment: