Last night Bangkok was rocked by a bomb at the Erewan Shrine in the heart of the city.

The bomb looks like it was some sort of pipe bomb affair left and inflicted mass injuries, currently 17 people are confirmed dear and nearly 120 injured.

Thai authorities say that the likely perps are foreign, apparently Thai people wouldn't do that to Thai people, but it's not a terrorist attack either.

More rational commentators have mentioned internal politics, the southern insurgents getting ballsy and moving their conflict towards the conflict, my betting is on that it has something to do with the treatment of the Uighur people. Thailand is a gateway for a lot of trafficked people in this area. The Uighur are Chinese Muslims with descendants from Turkey. Recently Thailand send back over 100 refugees back to Thailand instead of sending then back to Turkey. This didn't go down well with the Muslim world particularly in Turkey.

Whoever the perps are, they are using the usual cowardly terrorist tactic of bombing and killing innocent people. Hopefully this is just a one off.... 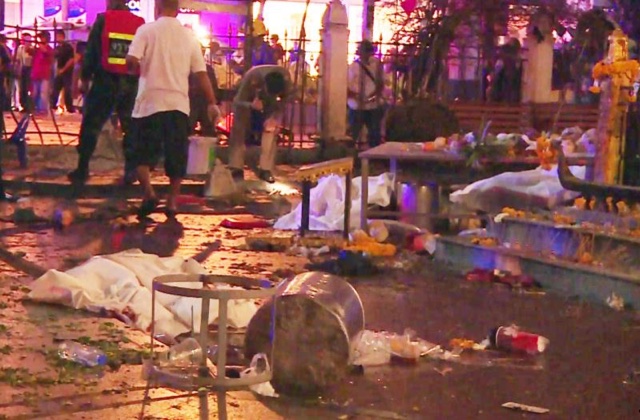 Posted by BangkokRam at 8:58 pm No comments: