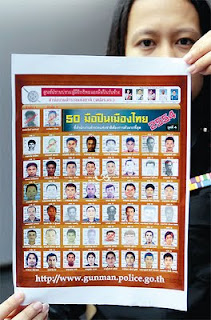 The Royal Thai Police yesterday issued the list of gunmen they believe are most likely to cause trouble ahead of the July 3 election. The 112 include 43 hitmen whose names are new to the list, as well as those from previous years who have yet to be caught. The list was issued as part of measures to curb political violence ahead of the election.

The list has been distributed across the country to crack down on the gunmen and ensure influential people do not support or protect them.

Last Tuesday, former Pheu Thai MP for Samut Prakan Pracha Prasopdee was injured when a man shot at his car in the province's Phra Pradaeng district . Deputy national police chief Panupong Singhara Na Ayutthaya said yesterday political conflict is heating up with the use of violence and weapons to get rid of political rivals. He said most violence stems from conflicts among candidates in fiercely contested areas, such as Samut Prakan. Pol Gen Panupong said a centre to manage violent incidents has been set up to crack down on hitmen on the blacklist to prevent them from committing politically-related crimes.

Police have blacklisted 112 professional hitmen across the country. They also have details of another 126 new hitmen who have just joined the criminal underworld. Police have also blacklisted people suspected of supporting these hitmen, Pol Gen Panupong said. In 2005, police arrested 25 hitmen or about 50% of those on their blacklist.  In 2006, 18 hitmen were arrested (36%). The next year, seven of 31 hitmen (8%) on the police blacklist were captured.

This year, 50 hitmen are wanted on arrest warrants. Six of them have been arrested. One has died. The remaining 43 are still at large, Pol Gen Panupong said. A police source said the six gunmen who have been arrested are Paisarn Pangleng, Narong Hemdecho, Wutthichai Maspin, Sawaeng Suwanwong, Somjit Paedsura, and Paisarn Klatae. A 100,000 baht cash reward will be offered to anyone providing information leading to the arrest of each hitman on this year's blacklist.

Among the wanted hitmen are Sgt Somchai Bunnag and Sgt Maj Panya Srihera, the hitmen accused of attacking Sondhi Limthongkul, People's Alliance for Democracy leader, in 2009. The lists of the wanted hitmen can be seen at gunman.police.go.th. A reward of 50,000 baht will be given to anyone providing tips leading to the arrest of hitmen named in previous blacklists, Pol Gen Panupong said. The lists have been distributed to police across the country. "We are not waiting to respond to the crime," Pol Gen Panupong said. Police would visit areas of intense political rivalry and act as go-betweens for rival politicians to clear the air. Officers would also crack down on hitmen on arrest warrants.

Pol Gen Panupong said police are also keeping a close watch on some provinces in the central region, in the North and the Northeast where intense competition between candidates is expected. However, Pol Gen Panupong said there is no evidence to suggest that any of the hitmen on the police blacklist were involved in the shooting of Mr Pracha. Meanwhile, Pol Maj Gen Kamronwit Thoopkrachang, deputy chief of Provincial Police Region 1, yesterday met Mr Pracha at Praram 9 Hospital to ask him to provide further details of the attempt on his life. Investigators handling the case will meet tomorrow to discuss how to proceed with it.
A source said a witness has fled for fear of attack by Mr Pracha's rivals if he gives information to police.

(Courtesy of Bangkok Post)
Posted by BangkokRam at 9:37 pm No comments: 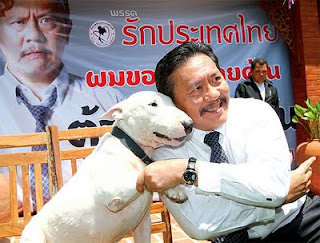 Outspoken politician Chuwit Kamolvisit has launched his own party, aided by a bull terrier.

When I lived in Thailand I always referred to him as the 'Scary Man'. Chuvit is one of the main players in the massage parlour business.

Mr Chuwit launched his Rak Prathet Thai (Love Thailand) Party at his home in Sukhumvit Soi 10 yesterday. His home will also serve as the party's headquarters. The massage parlour tycoon-turned-politician who has tried to portray himself as an anti-vice and corruption crusader said his party would work on the opposition benches to monitor the government. In the July 3 election, his party will field only 10 candidates on the party list. The party will kick off its campaign on Wednesday.

This is old style Thai politics, power is everything.
Posted by BangkokRam at 9:25 pm No comments: 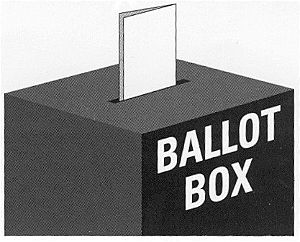 Today the House of Representatives in Thailand as been disolved, making a General Election a formallity on Sunday July 3rd.
Already the fur is beginning to fly with the PTP (Red Shirts(Thaksins party)) seeking assurances that when they get an overall majority, they will be allowed to form a Government. This is in reference to the last time this party had a majority they were ousted on a technicality and the time before that a military coup got rid of Thaksin.
They will also be naming the person who will be PM should they get, the two front runners are an ex Police General and the younger (quite fit looking) sister of former PM Thaksin.
The Democrats (yellow shirts, Royalists, Military) seem very confident of winning, whether they get a majority or not. In the past few weeks they have been throwing money at everything in a bid to win hearts and minds.
Reliable polls put the two parties neck and neck, I shall be in Thailand during the campaign so will see first hand how things go.
Posted by BangkokRam at 9:08 pm No comments: 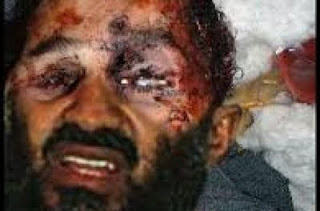 I awoke today to the news that the world public enemy No. 1, Osama Bin Ladin is dead. 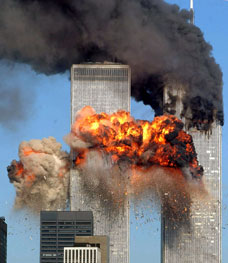 So much as I never rejoice in the death of any person, I must admit that the events of 9/11 are still fresh in my memories. OBL was directly responsible for this mass murder of civilians and needed to be bought to book. The sad thing that one action [9/11] have cost the lives of probably a million people in Iraq, Afganistan and Pakistan, the highest number by far being Muslims. Was it worth all those deaths OBL?
he was killed in a US Navy Seal raid on a compound in Pakistan not far from Pakistan's main military Academy. Although, hiding in plain site is always a good option, you have to question the role the Pakistani authorities are playing in the role of anti terrorism!
However, now what?
Probably revenge attacks by Muslims terrorists, which will mean the murder of lots of innocents......

Good bye Osama. No one in their right mind will miss you....
Posted by BangkokRam at 10:09 pm No comments: