I have had the new Samsung Galaxy Note 3 for just over 2 months now, at the same time I bought the new Galaxy gear watch.
I'm happy with Samsung as a platform, my previous Galaxy S2 had been the best phone I had ever had since I bought one of the first iPhones.
I was concerned about the size of the note, whilst the large 5.7" screen looks superb, the size is BIG. In the shop I tried the pocket test and too be honest, whilst you could tell it was a larger phone it still slipped in to my pocket easily. Whatever the size the sheer clarity of the screen is fantastic.
There is a very fast processor in the phone and you can do so much more than you can with a normal size phone, things like split screen, the ability to use the attached S Pen to open a internet section on the screen whilst your doing something else. the s pen should be on all phones.
Things I'm not happy with are that it's beautiful looks, it looks fragile. I dropped on Tarmac after a couple of days, thankfully it didn't brae, but there are a few nicks on it now. If you had a bumper or case then it does become a bit of a handful.
The camara is probably to good, I quite liked the point and shoot S2 camara, the 13mp on the note takes nice pics but seems to think a lot about them and the pictures sometimes seemed blurred. I've put the camara back down to 8mp and that seems fine.
I really like Android as an operating system, unless Apple bring something out that is game changing I can't see me swapping from Android. I like how you can customise the screen to how you want it, every android is potentially different not like the sheep like iOS.
What I'm really happy with is the 4G, when you have a signal the internet is loading in the snap of a finger, better and quicker than my home broadband. 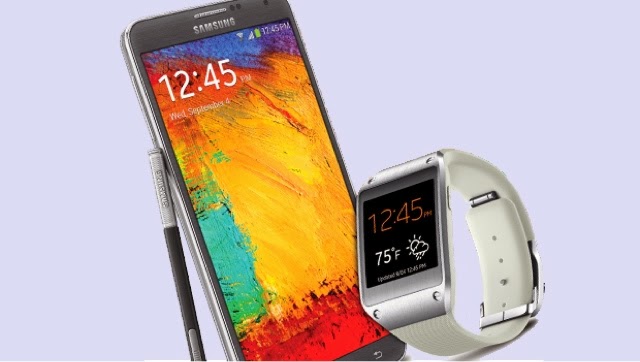 The Galaxy Gear watch is the newest trend on the block, wearable tech seems to be the latest buzz. Whilst it doesn't operate on its own, all the functions operate through your phone via Bluetooth. You can dial, answer and look at notifications on your watch. If your need more info then it's a case of looking on the phone. It's really good at work, I can put my phone on mute, when someone calls I can see who it is and either answer or reject the call on my phone.
It as a 1.9mp camara on the side which again is useful in my job. I have also used the video function to film part of my rides when I'm out on my MTB.
When your driving you can see who is calling and answer hands free.
Overall I'm pleased with the package, I probably mshould have waited to later on in the year to see what comes out, but instead I've got a great phone now.....
Posted by BangkokRam at 6:41 pm No comments:

Email ThisBlogThis!Share to TwitterShare to FacebookShare to Pinterest
Labels: Tech 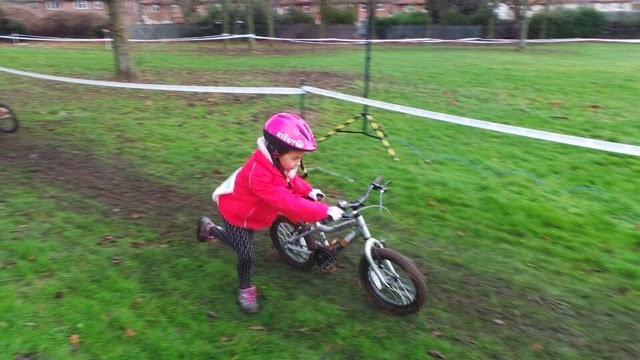 Today, Elizabeth entered and competed in her first bike race.
It was the under 8's at the National Cyclocross champs in Derby.
Elizabeth as only been riding her bike for about 2 months, it took a lot of trial, errors and tears to get her this far. Being into cycling and racing for the last 30 odd years, it was important for me to get her to have a go. I think she enjoyed it, even when she was super out of breath...
She will be riding again next Saturday and after that I'll make sure she as a summer full of cycling to see if she would like to commit to taking it up more next autumn.
One thing that did stand out today was how good she is at running, she ran with her bike better than most of the other kids, maybe running is her calling. Currently she does Karate, Brownies, football and cycling. She wants to have a go at archery and running as well. We'll see. I'm just happy that she is happy... 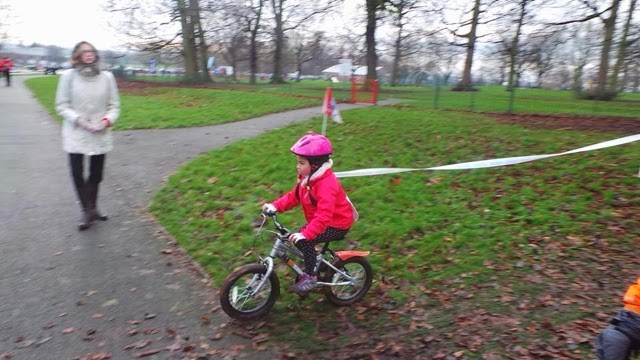 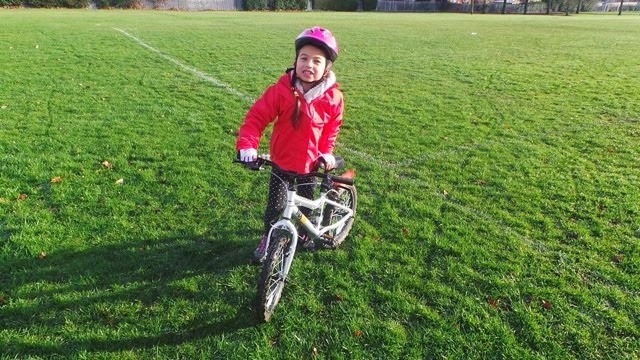 Posted by BangkokRam at 5:58 pm No comments: