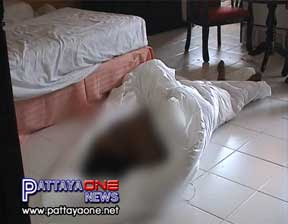 One dead Indian Tourist at the hand of a Ladyboy.

Thailand is always linked with Ladyboys or "Kateoys". The whole scene is pretty well linked to the sex industry in Thailand. Generally, Ladyboys are seen in shows or a dance routines in bars.
However in Bangkok in the tourist areas such as Sukhumvit Road, there have been 100's of incidents involving crime. These range from pick pocketting, muggings and druggings. When men pay to go with the Ladyboys or a Ladyboy approaches you with a view to mug you, what you have to remember is your fighting a bloke and in most cases they hunt in pairs and packs.
In Pattaya yesterday, two Indian blokes took two ladyboys back to their rooms, it looks like they were both drugged and were robbed. Unfortunately one them reacted badly to the drug and died in his Hotel room. What the Fuck they were doing with ladyboys in their room I dont know! But you dont expect to die do you?
The only real bit of trouble I had in Thailand was telling a guy on the MRT that two ladyboys next to him were trying to pick his pocket. When i'd told him the two sweet hearts then started on me, when I reacted by grabbing one of them by the throat and up against a wall he started crying like a woman. Being the soft touch I am I let him go, so what did the prat do? Started on me again. So had to find a copper to get these stupid pricks off me........
Be warned, LAdyboys have a bad rep in the sex industry, so dont play with fire.
Posted by BangkokRam at 12:18 pm No comments: 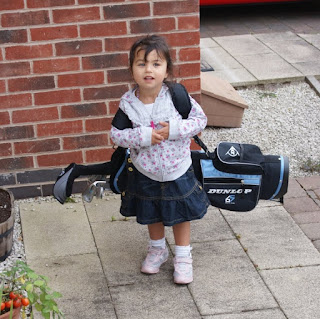 Today was Elizabeth's actual birthday. Nuch and I had a day off work and took Elizabeth to Derby.
She had a load of clothes from Next, a Minnie Mouse from the Disney shop and I bought a proper set of golf clubs.
I still can't believe I have a child and even more un-believable is the fact that she is three years old.
Elizabeth loves golf, this set is a little to big for her, but in twenty years time when she is on the pro circuit and supporting her poor old Mum & Dad.
Posted by BangkokRam at 11:43 am No comments: 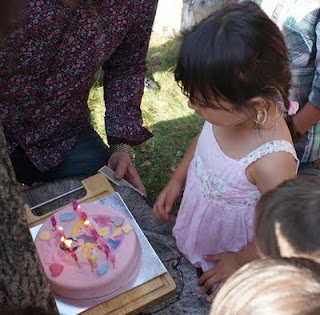 Today Elizabeth had her 3rd birthday party in the field next to us.
There were around twenty children and twenty adults. Nuch had been stressing in the kitchen all week and could have done with more help in the kitchen.
In the same breathe I needed help at the party, at one point I was barbequing, drink dispensing, and organising a pass the parcel comp at the same time.
I think the children enjoyed the organised chaos, Elizabeth did and that is all that matters. Once the children had dispersed the adults took over and a camp fire was soon built. The next day I had a black bag full of empties, so it must have been a good night. 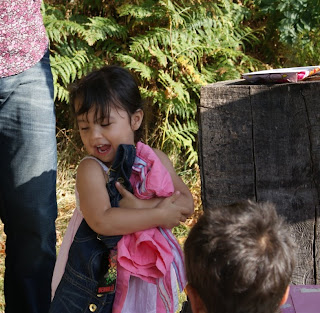 Posted by BangkokRam at 9:54 am No comments: 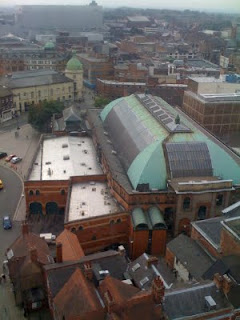 Today, Elizabeth and I went on the Derby Eye. This portable 80m high version of the famous London Eye is in Derby Market Place for a month.
You get an excellent view of the centre of Derby including the Market Hall and the Cathedral. The cost is £5 for adults and your'e on for about 15 minutes. 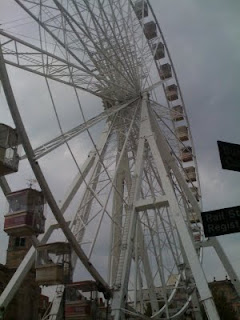 Posted by BangkokRam at 11:52 am No comments: 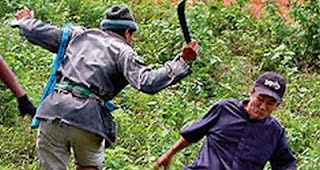 Bangkok was holding its breath today as 20000 red shirt UDD supporters marched through the Saman Luang area of Bangkok.

Despite torrential rain the Red Shirts met to remind Thailand it was three years ago this weekend the Military ousted their popular figure head Thaksin Shinawatra in a bloodless coup. The protest went off un scathed and the red shirts earned alot of respect from the powers that be.
On the other hand the Yellow shirted PAD protesters have been stirring up a massive stink at the disputed Preah Vihear temple on the Cambodian border. Thailand is pissed that Cambodia stole a march on them and got the UN to say the temple is in Cambodia. The Thai's do have a point, as far as I can tell the temple is in Thailand, but the grounds are in Cambodia.
Anyway, this year there have been clashes between the two armies resulting in several deaths. Now PAD want to claim the temple back by force, unfortunately a load of riot police and local villagers didn't agree with them. The yellow shirted band of thugs or guards as they are known forced their way into the area, shooting a couple of the villagers and generally throwing their weight around.
From the beginning of the unrest in Thailand, PAD have bullied and arrayed their way to their own means, hopefully normal Thai people will see them for what they are.
Posted by BangkokRam at 10:15 pm No comments:

Last Night on Bravo TV the second part of a very controversial TV series aired.
"Big Trouble in Thailand" is a series about the crime that occurs in the resorts of Thailand, looking at it through the eyes of the Volunteer Foreign Police Force. This group of do gooders are seen at all the busy Thai resorts. They are there to help foreigners in dealins with the law and sometimes get in on the act when arrests are made. In all fairness some of the people seemed to be very helpful and sorted many problems out.
Last night it followed a teenage english girl caught with some weed, drugs in Thailand "A BIG NO NO" She was caught with her boyfriends stash and spent a night in prison and was lucky to get away with a suspended sentence. She deserved all she got, you don't do drugs in Thailand!!!
Last week there was a controversial scene on Patong beach on Phucket, an english marine rented a jet ski. The scam is that the jet ski is on its last legs, a mark borrows it, it breaks down and they have to pay mega bucks to get it repaired or the law gets involved. Unfortunately the law is involved with the actual scam. The marine was having none of it, then the Thai renter pulls a gun and makes the guy pay up. All this was filmed and aired last week.
The local police commander is furios, not with the scammer!!!! He is seriously pissed at the makers of the program and as vowed to arrest any Thai person involved with the program. Talk about ignoring an issue and blame the foreigners, this takes the biscuit.
The next show is on Bravo next monday night at 10pm.
Posted by BangkokRam at 8:39 pm No comments:

The world is crazy!!

In Brazil. An italian tourist as been arrested for kissing his daughter!

Brazil has very strict laws on under age sex and paedophiles, the poor guy who was playing with his daughter in a hotel pool was seen to give her a kiss on the lips. A couple reported this to the police who came and arrested the tousrist and threw him in the klink.

The couple who reported the incident later said they didn't realise that he was the father of the child. Unfortunaltely the father is still in prison and attempts to release him have failed.

So I for one will probably never visit Brazil, just in case Elizabeth decides to give me a kiss as she sometimes does on the spur of the moment......
Posted by BangkokRam at 11:01 am No comments:

Playing with my camara 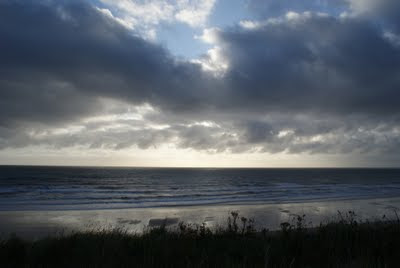 Since buying my new Sony D-SLR, i've rediscovered photography. I'm always on the look out for a good shot.
The above picture was taken over looking Barmston beach at 7.30am, just after sun rise. The water on the beach reflects the water in a metallic sort of way and the number of shades in the clouds make for a good photo.
Posted by BangkokRam at 8:48 am No comments: 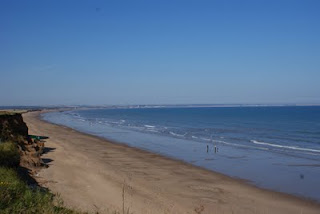 This weekend we went to my Mum's Caravan on the east coast near Bridlington.
The weather on saturday was superb and we spent all afternoon on the beach in the sun. You could tell that summer is over, the breeze was a little stiff and the sea was freezing!!!
Elizabeth loved it, playing with her "castle's" on the beach, she would have been there till 10pm if we let her. 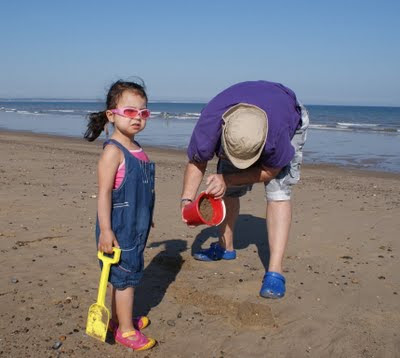 Posted by BangkokRam at 8:43 am No comments: 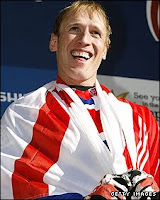 In he early hours of this morning in Canbarra Australia, Steve Peat from Sheffield won the mountain biking World downhill championship.
When I was cycling fifteen years ago I got to know Steve through the races we did together and the races that I organised. He is a all good bloke and after finishinf in silver medal position four times, a gold is more than deserved.
Steve projects the image as a hard racing and hard apres drinker, but at the end of the day, only a serious athlete gets to become world champion in this type of discipline.
WELL DONE STEVE!!!!!
Posted by BangkokRam at 4:52 pm No comments: 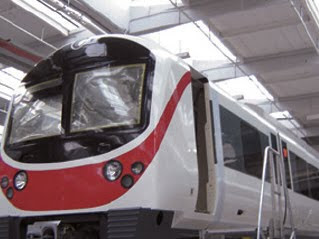 Since the opening of the new Savarnabhumi Airport in Bangkok a long awaited rail link to the city is nearly ready.
The SRT will run from the Airport to the centre of Bangkok and then on the the BTS (Skytrain) and the MRT (Underground). At the moment it is quite a drag into town by an expensive taxi ride, This ride can also be dangerous to your health. Most of the driver have skant respect for other peoples lives.
The fare will only be 150 baht and will run every five minutes, if they operate as good as the BTS and MRT then the ride should be excellent. I can't wait to try the new train....
The official opening will be on the Kings Birthday on December 5th.
Posted by BangkokRam at 9:13 pm No comments:

Sex on the Beach 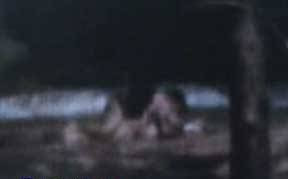 Friday night saw an Iranian couple caught up in a bit of sexy antics on Jontiem Beach in Pattaya. Whilst a large crowd looked on and took pictures. A spoilt sport copper then broke the fun up and escorted the couple to the cop shop. They were both told off and given a 500 baht fine each. The end of the story you might think?
Oh no, back in sunny Terran, the Mulla's are well pissed off and the talk is of stonings when the couple get back, well for the woman anyway. The bloke will probably get a pat on the back.
Just goes to show that even rigid strict Muslims like to let their hair down occassionally. Maybe next week two Jovi witness's will be caught in a lady boy sting......
Posted by BangkokRam at 8:58 pm No comments:

A very, very slow month. This is good in one way as it means there are fewer deaths, but it also means it is super quiet in Pattaya and as such throughout Thailand.

This month one German was blown apart by a hand grenade in what the police are calling a business vendetta murder.

Hopefully the deaths will calm down, although germans still seem to be the most affected nation.
Posted by BangkokRam at 2:41 pm No comments: