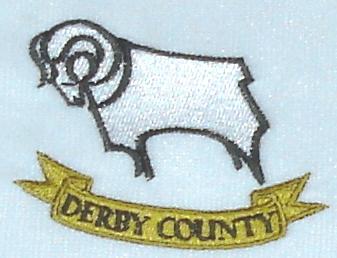 As most of you know i'm a mega fan of Derby County, I follow the Championship whenever The rams play. I mostly listen to Radio Five over the internet to get most of the results, the BBC do a live coverage of all the games on their web site.
This year Derby seem to be getting off to a better start, although if they dont get anything from the game against Crewe tomorrow, we'll be on exactly the same points as we were last year. The new Manager seems to be doing OK and despite loosing a few players in the recent transfer window, all is lloking good.
The Thai's are passionate about their football, however if your team isn't in the Premier League it is doubtful that your team will be known. The most popular team supported in thailand is Liverpool, I think the reason is, when foreign football was introduced about twenty years, Liverpool were winning everything. Support is very fickle, as in the UK, alot of people are now claiming to be life long Chelsea Fans, when you ask them to name the squad from four years ago they look at you dumb-founded. Four years ago everyone was supporting Man Utd.
Man Utd are the second most popular team, they have several shops around Bangkok, Arsenel probaly are in third place. Newcastle have alot of supporters over here, as do Everton because of the team sponsorship by Beer Chang.
I cant wait for October 22nd when we play the fishy smelling pussy cats (Hull City) at the Pop Rivet Stadium, I like Hull City and have seen them many times. On the 22nd, they will understand that just because your in the Championship doesn't mean your a Championship side!

Come on you Pussies, Bring it on!
Posted by BangkokRam at 4:57 pm

is this a blog for shitty rubbish football or about you living in thailand. you know i hate the game, lots of over paid puff kicking a bag of wind about . oh oh sir jumpers for goalposts young men running around just your thing.i thought belper lads would would be into tractor pullin .puffs

Hardrock calm down! Go up to the bathroom, pull out your disposable BIC and shave your legs, you know it calms you down.
I now know that people ride bikes because there not very good footballers. Its OK to admit it!

are they all like that in derbyshire my mate, does he have no respect for our national sport. Send him to the Toon.

ps Where is our fat friend's response, and I don't mean Lord Swindlestone (Keith Patterson)

ps Where is our fat friend's response, and I don't mean Lord Swindlestone (Keith Patterson)

TGB, Remember who your sitting next to in Idles and St. James today, then remember Israel.