I recently purchased a retro MTB, a 1991 Kona Lava Dome. Back in the day I owned a 92 Lava Dome. I bought it off eBay for £72.
The forks and stem were corroded, The tyres were shot, but other than that it seemed ok.
Alas, the forks and stem were a bit further gone than I thought, Vernon Barker who tried to sand blast them and powder cost them told me I would never get a flawless finish. So I just had them powder coat them as best they could. Also the Headset on the original was worn and the replacement I bought was also worn so I had a standard headset fitted.
I changed the tyres, grips and pedals and added bar ends to fit in with the look of the time.
Overall I was quite please. However, despite being able to strip and rebuild a vintage bike. I forgot how tedious fiddling with Cantilever brakes can be and the weight of the bike is actually heavier than my modern full suspension bike.
Not the outcome to the project I wanted but I'll use the bike as a gym bike and go to a few Retro MTB meetings.. 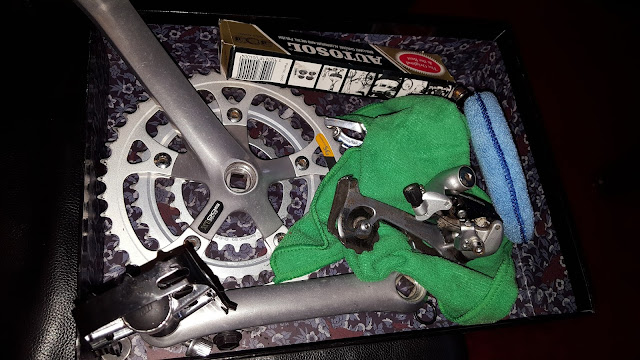 A box of bits for cleaning 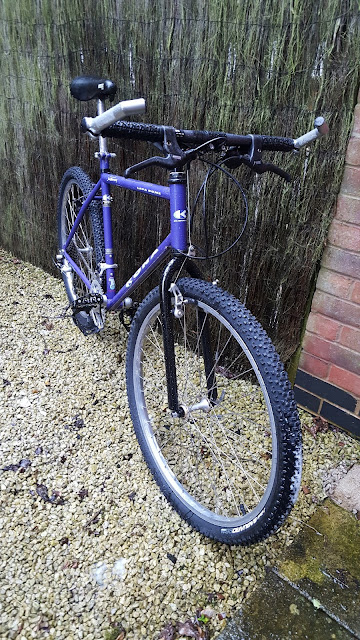 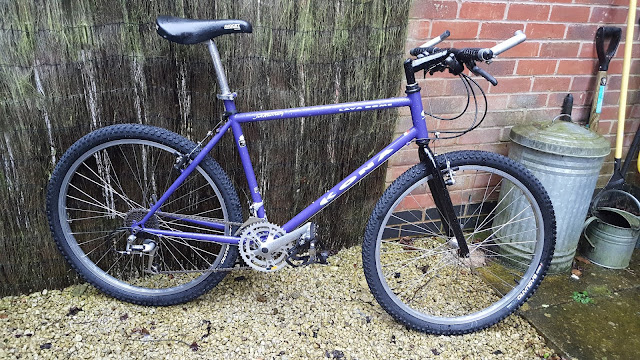 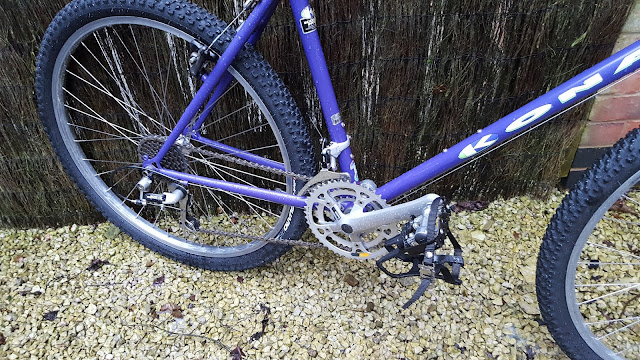 On our recent overnight visit to Manchester, Nuch fancied a French meal.
We checked out Cote Brasserie on Trip Advisor and it looked ok.
The menu as you would expect is very French, the prices are medium to high, but not as much as you might think.
For my starter I had a beetroot salad with goat cheese puree, it was nice, too much beetroot and not enough goat cheese. My main course of Fillet steak was cooked to just how I liked it (well done).
I thought the drinks were expensive, a bottle of beer was over £4, that's £8 a pint in real money. 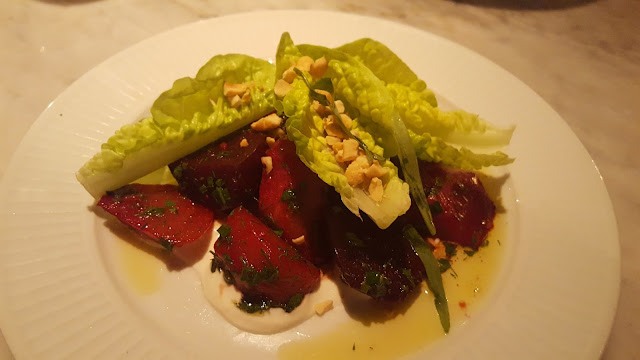 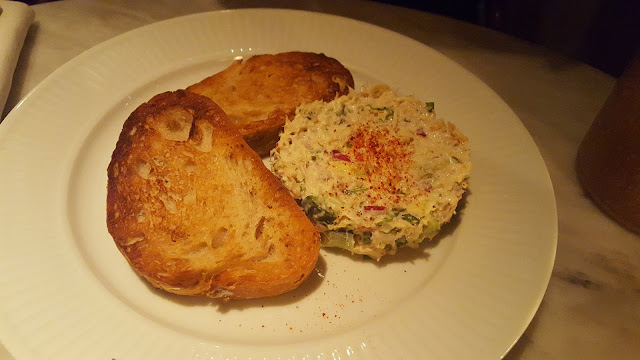 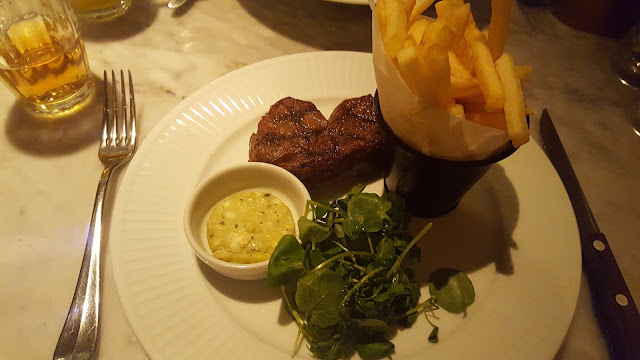 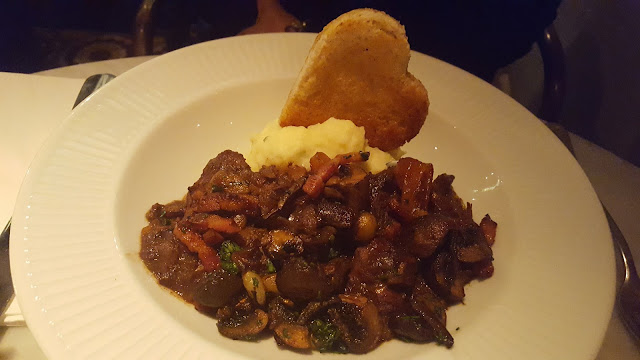 Beef Bourginion main
Posted by BangkokRam at 6:39 pm No comments:

I generally enjoy staying in a Crowne Plaza Hotel, they are well located, excellent service and have excellent rooms.


The Manchester hotel is in a less than nice part of Manchester, very close to the Arndale Centre. The rooms are nice and very modern.


Parking is across the road in an NCP car park which the hotel subsidises to £12 over night.


Generally a good hotel but let down by breakfast, this is a buffet affair which is Crowne Plaza generally do very well. On this occasion many of the items had run out and the ones left weren't hot. The coffee wasn't up to scratch either. 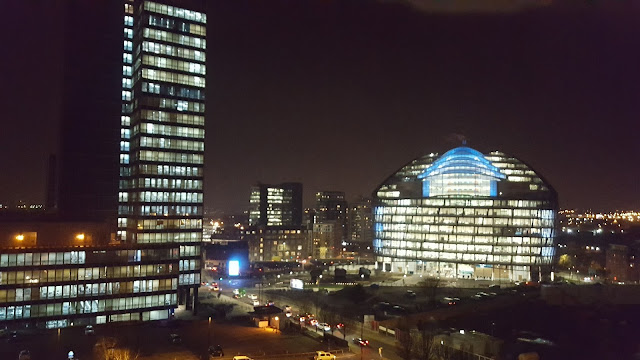 Night view from our room..


Posted by BangkokRam at 6:29 pm No comments:

The family have been to The Joiners Arms many times in the last 6 months. Currently it is one of our favourite go to places to eat.


The menu is very good and they have their own pizza oven.


Kids are welcome and the bar is stocked with all sorts of craft beers and gins.


Below are just a few pics.


Make sure you book in advance. 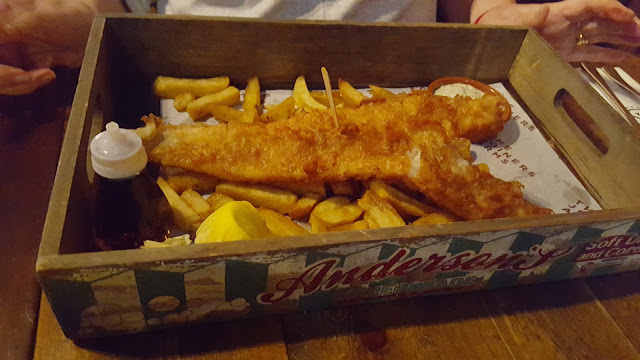 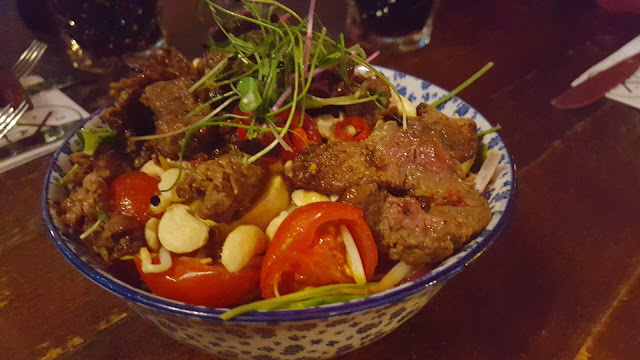 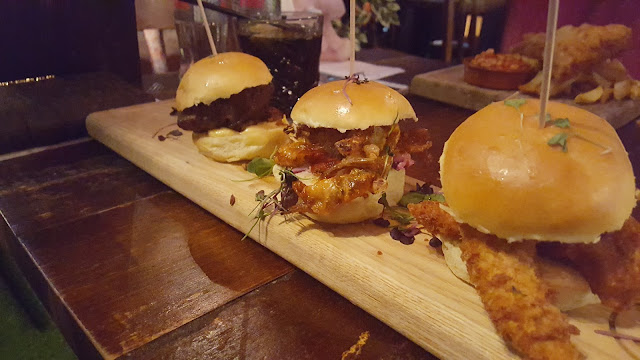 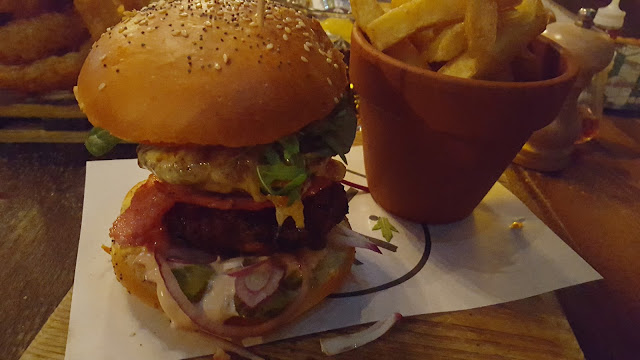 Posted by BangkokRam at 6:25 pm No comments: