All last week the temperature has been dropping across the UK, and this morning we woke up to about 150mm of snow.

I can't remember seeing this much snow and cold temperatures this early in a winter season, the leaves have only just fallen of the trees.

Elizabeth doesn't mind, she loves the snow and we have bought a sledge for her to play on. So tomorrow we'll be off to the hills to get some serious sledging done.


- Posted using BlogPress from my iPhone

Posted by BangkokRam at 9:24 pm No comments:

Sorry I've not posted for the last month or so, but being out of work as been a little depressing and I've not really felt like writing anything down on this blog. This attitude as sadly crossed over to the way I've been handling my diabetes.


My cycling come back as gone right down hill and I'm back to square one with my fitness. My diet as all but stopped and the amount of food that will affect my blood sugar has gone up in consumtion.

The latest test that I did the other day was only 7.8 mmo/l, which is a very good reading. Unfortunately, these tests are only a snap shot of my level at the time. An hour after the test the reading could have been double that!

I will knuckle back down and I'm sure when I get a new proper job, I'll get back into a routine and get back on the diet and take this whole thing alot more serious.
Posted by BangkokRam at 10:30 am No comments:

Email ThisBlogThis!Share to TwitterShare to FacebookShare to Pinterest
Labels: Diabetes 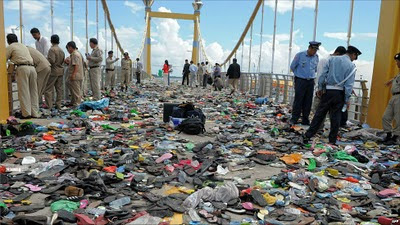 Cambodia has declared Thursday a national day of mourning after at least 378 people were killed in a stampede in the capital, Phnom Penh. 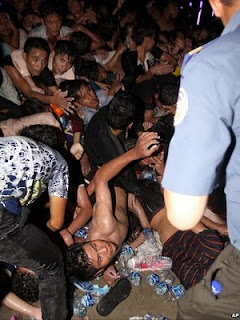 Hundreds more were injured when people were crushed on a small island on the final day of the Water Festival. The stampede took place on a bridge, which eyewitnesses said had become overcrowded. Prime Minister Hun Sen ordered an investigation into the cause of the disaster. Hun Sen described the stampede as the "biggest tragedy" to hit Cambodia since the mass killings carried out by the Khmer Rouge regime in the 1970s. He ordered all government ministries to fly the national flag at half-mast.
The bridge crosses the Bassac river, which is being searched for more bodies of people believed to have drowned after falling into the water. Government spokesman Phay Siphan said the death toll could rise further, adding that 755 people had been injured. Officials said most of the deaths were as a result of suffocation and internal injuries. No foreigners are said to be among the dead.
Authorities had estimated that more than two million people would attend the three-day festival, one of the main events of the year in Cambodia. Panic broke out after a concert on Diamond Island, which followed a boat race on the Tonle Sap river regarded as a highlight of the festivities.
Posted by BangkokRam at 12:43 pm No comments:

Big news in Thailand this has been the discovery of several thousand foetuses at Wat Phai Ngern Chotanaram. Several locals had been paid by local illegal abortionist to dispose of the small bodies for quite considerable sums.

Abortion is illegal in Thailand despite there being an estimated 300,000 carried out every year. The current PM as ruled out any change in the law even though a bill is being discussed in parliament.
Thailand in many ways is a male society and if a woman gets pregnant, the man as no legal obligation to bring the child up, emotionally or financially. So the outcome is an unwanted pregnancy and child! Abortion is seen as a sin....

A twist in this tale is that a woman as been accused in the despising of the bodies and it turns out her Mother has bought up four children who at the time of disposal were seen to be alive and taken home and bought up in what seems to gave a loving environment.

Posted using BlogPress from my iPhone

Posted by BangkokRam at 12:51 am No comments:

Here are a few snaps taken with my Sony DSLR: 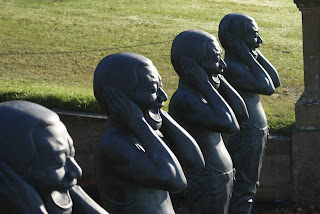 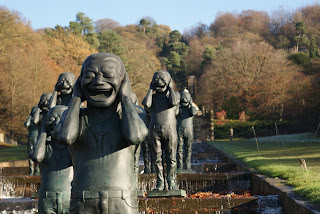 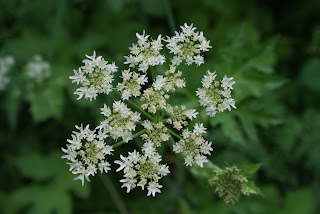 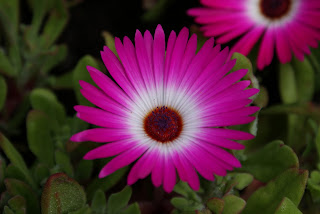 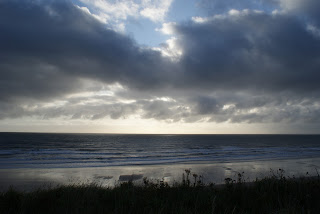 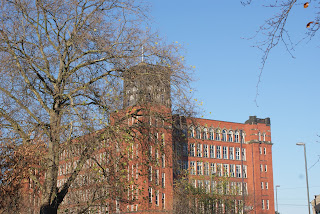 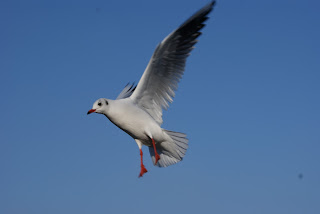 Posted by BangkokRam at 3:24 pm No comments:

This weekend and old friend from the US came over. I met Jonathan in 2001 when I went to New York for a holiday. Jonathan acted as a guide for the day, I have kept in touch with him and was pleased when he told me he was coming over and would be staying for a few days.

Today we went to Chatsworth House, one of the better known of Britain's stately homes. Even though it is only about 15 miles away, I have never been around the house and looked forward to taking this opportunity. 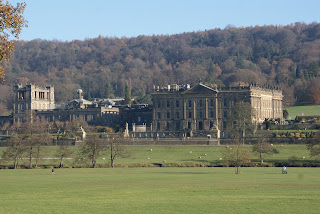 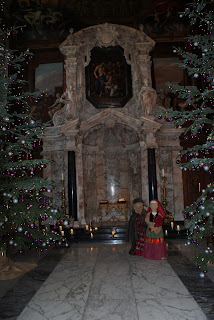 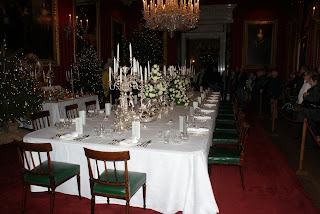 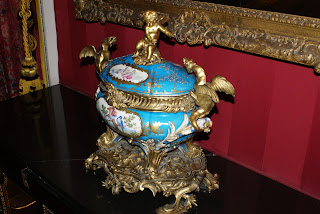 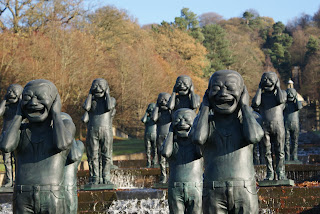 An outstanding Place that is a must visit, see some of pitures attached: 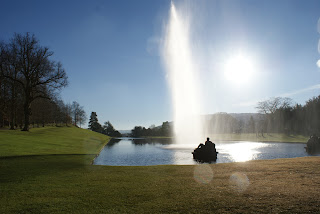 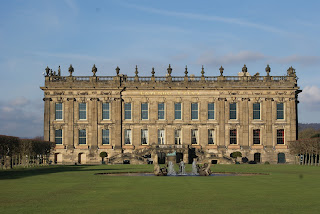 Posted by BangkokRam at 2:50 pm No comments:

Thailand could be Burma

This weekend has seen the first elections held in Burma for  20 years. Burma is ruled by a very hard ruling military dictatorship which is near the bottom of the list for human rights.

The election was a total farce, because most of the seats were already allotted to the governing Generals and the seats that were contested were so difficult to stand in that only parties sanctioned by the Generals could afford to stand. So basically the result was known months in advance. 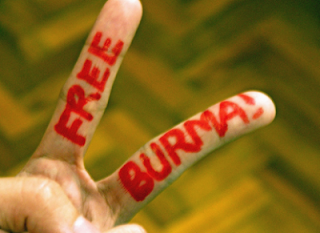 On Monday near the border with Thailand at Mai Sot a regional guerrilla force made up of the local Karen tribe tried to take over a Burmese town. Heavy fire between the Karen's and Burmese government forces spilled over into Thailand. At least a dozen Thais were injured by gun fire and shrapnel. 20000 Burmese fled to Thailand to avoid the shooting. They have since gone back to Burma after the Government regained the town.
Link to story

Sadly Thailand recently changed their constitution so that about a third of seats in Parliament will be decided by an elite panel, the rest being made up of elected representatives. This is starting to sound very similar to what is happening in Burma. Don't get me wrong, Thailand is no way like Burma in the technology, welfare and openness stakes, but the fact that the current defacto Thai government is only really a mouth piece for the Army and the electoral system is going down a very dodgy road, comparison's will be made. Tag this with fact that Thailand [or its neighbours] hasn't really commented on the election, were as the rest of the free world has condemned the election as nothing more than lip service to democracy, then the embarrassment the Thai government must feel is obvious.
Posted by BangkokRam at 10:10 am No comments: 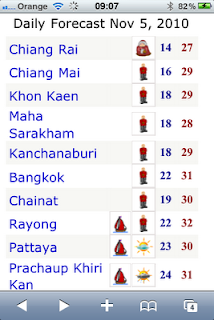 It's the time of year in Thailand

when the temperatures dip below 20C.
The fir coats and hoodies come out and everyone complains about the cold. The lowest temperature I saw when I lived in Pathum Thani was 18C, for me that was still warm enough for shorts and I found the whole experience to be very enjoyable.
As you can see from photo, right up in the northern part of Thailand

the temperatures are due to be around 14C. In this part of the world temperatures can get down to 5 or 6C. This is cold for Thailand and not to be jokey, people do die from the cold.

Has I write this in a barmy 11C in the UK I may have to put a jacket on when I go out later. We have decided to go back to Thailand

next summer when the temperature will be 30C plus, so I suppose I will have to learn how to cope with the heat and humidity.
Posted by BangkokRam at 3:58 pm No comments: