Last week, on my way home from Durham. An incredibly sharp and prolonged pain across my lower right abdomen. I was in little bit of panic mode because I didn't know what the pain was. I stopped at the Scotch Corner services and had five minutes then carried on. By Wetherby Services the pain was so bad that I had to call an ambulance and leave my car at the services.
The ambulance arrived and took me to Harrogate Hospital, the pain was like nothing I'd ever had, I honestly thought I was going to die! The paramedic gave me gas and air, this didn't even touch the sides. Once in hospital I was given a intravenous paracetamol, this only hydrated me. Finally I was given morphine, this work better!
After an examination, I was told it was probably a kidney stone. With the morphine wearing off I was given diclofenic as a suppository, that did the trick!
I was admitted to the urology ward and tucked in for a night in hospital. How do people cope in hospital, they sure such unwell places. People being admitted, being sick, regular BP tests and snoring, my second night in there I only got about 1-1/2 hour sleep.
The following day I had ultrasound, a CT scan and an x ray, yes I had had a stone and still got one in me. Another horrendous night in hospital followed, bearing in mind I had no visitors due to fact I was still 130km from home. On the Saturday, I was finally seen by a consultant who said I will need a procedure to look in my kidney in the future and I had an infection which was a result of the stone. I eventually got out about 4pm. A taxi ride back to Wetherby services and a painful drive back home were it seemed I'd been missed.
Fast forward to today, thankfully I've not had a repeat of the pain, I'm feeling generally unwell. This is down to the antibiotics I'm taking, I have dizzy spells which is a result of another new tablet I'm taking and my body is getting over the trauma of passing the stone.
Moving forward, I've got to make an appointment with the urology department at Nottingham hospital and keep up with the antibiotics.
Moral of the day is : DONT GET A KIDNEY STONE...... 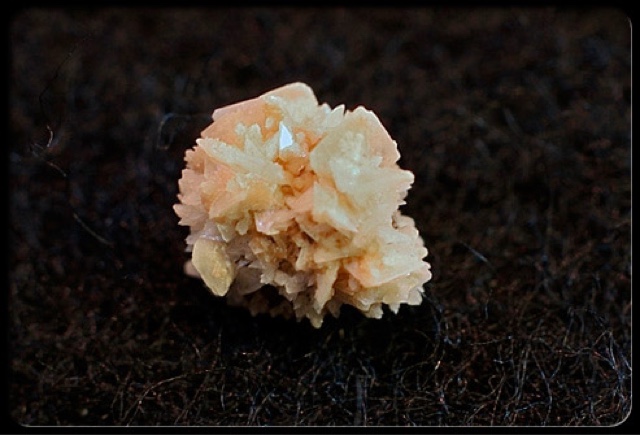 Posted by BangkokRam at 6:57 pm No comments:

During our holiday in North Wales I took Elizabeth to the new Surf Snowdonia near Conwy.
This is a purpose built lagoon with a gigantic wave machine. If you can imagine a 500m running track for dimensions and in the middle of that an A frame running 70% of the length of the lagoon. At each end there is a large concrete block structure that serves as a winding station. A huge blade or paddle is pulled from one end to the other creating a huge 2M wave, this happens every minute. The engineering is very impressive.
I booked Elizabeth in the Groms class (8-13), included in the price of £34 is an hour tuition, surf time and wet suit hire.
The facilities and organisation are first class and Elizabeth's teacher Reece was a credit to the place.
Elizabeth took to it really well, so good that I'm going to book her in for more lessons. If your in the area and stuck for something to do, it's got to be worth a visit. Maybe, just maybe I'll think about surfing again providing they've got a wet suit big enough.... 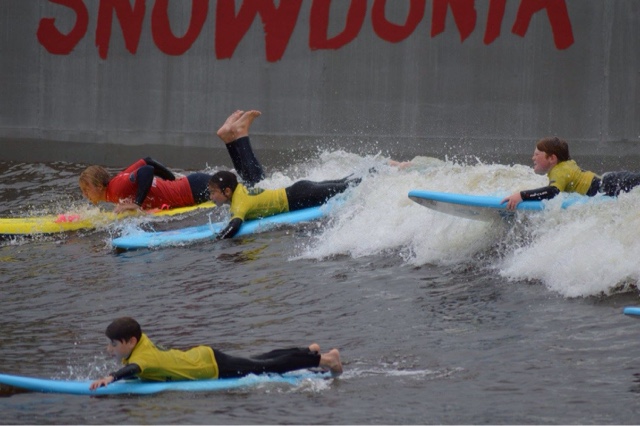 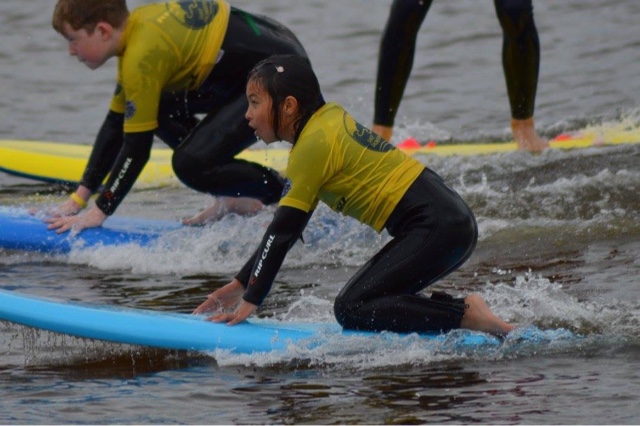 Posted by BangkokRam at 9:07 am No comments:

For some time I've been trying to bridge the road/off-road terrain. I've tried a full on cyclo cross bike, this proved a little bit to radical, the gearing, angles and even the clearance geared more towards 50 minutes racing, not an all day thrash in the Peak District.

Currently there is a craze for Adventure road bikes or Gravel Bikes, the bikes are basically beefed up road bikes with wider tyres and disc brakes. On the face of it, this would seem perfect.

I've purchased a Pinnacle Arkose One from Evans Cycles: 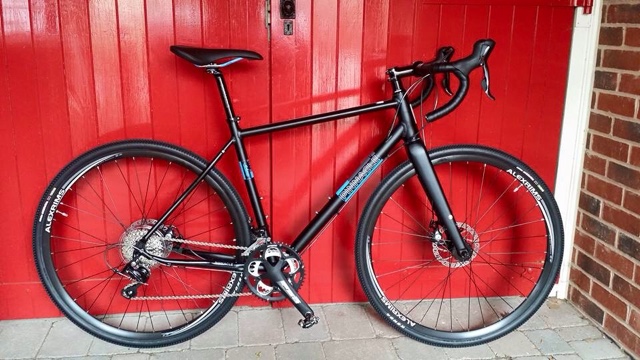 The bike as an aluminium frame with carbon forks. The group set on this bike is mostly Shimano Sora 9spd, I could have gone up to a Tiagra equipped bike for maybe another £60, but I felt I would be compromising on the quality of the frame. I believe I made the right decision, I only use about 4 gears at the back the back anyway. Alex rim wheel set with Kenda small block 42mm tyres. The finishing kit is by Pinnacle.

First impressions are very good, the ride is super comfy, all day riding is now less of an effort and riding on the local trails is a lot faster than on my MTB.

I do have a couple of niggles though. The disc brakes whilst I believe are perfect for this type of riding are cable actuate, comparing them to my hydraulic discs on my MTB I'd rate them 3/10! The front brake is perfect, stopping in an instant. The rear brake is the issue, even when I've spent a couple of hours dialling it in the brake just doesn't stop me, only just feeling like it's slowing me down. There is also an irritating chirpy, whining noise which comes intermittently. It can be stopped by slightly putting the brake on, which seems counter what would stop it. I'm going to have one more go at it and if it doesn't keep quiet then the bike will have go back. There are hydraulic brakes for road bikes, but the cost is over my budget.

I'm not going to let the back brake ruin the overall experience of the Arkose One and I would recommend people buy one. I'm looking forward to fitting lights and doing some serious winter training.

Posted by BangkokRam at 8:42 pm No comments: