On a news report on the BBC last night, we were shown a very ugly side if the UK.

In several cities, illegal immigrants are bring housed in what can only be called modern day slums. They are made up of sheds and out houses at the bottom of gardens that are made into make shift accommodation used by illegal immigrants, usually Indians. These people are living in appalling  conditions and have to pay upwards of £500 per week for the privilege!

Local councils claim they can't do anything because they need to give 24hr notice of an inspection, so when they arrive the people have gone and the hovels are deserted.

Possibly the worst part of all this is that the people who rent the slums out themselves of Indian decent. Proving that brother will sit upon brother got the right price... 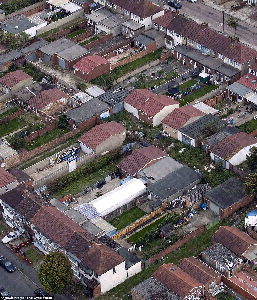 Posted by BangkokRam at 10:03 pm No comments:

I have used very successfully a pre paid Mastercard Payment card now for over three years. It is a good way to save money in a way that allows you to use it like a credit card. Online purchases, Hotel and Car hire purchases etc. Some of these things a Debit Card can't be used sometimes.

I use My Cash Plus, it's bben a very good card and helped me budget on hildays. They have recently introduce the "iAdvance". This is a service similar to Wonga.com and the like. Out of interest, I looked how much it would cost to borrow £50 over 10 days. Imagine my surprise when I got the following message.

Term of the Agreement: 11 days

Repayments: You will pay to us £61.00 in one payment on the 03/03/2012. We will collect this payment by debiting your cashplus gold card account that you have registered with us on the date stated.

The interest charges have been calculated by applying the Rate of Interest shown above to the Amount of Credit assuming the duration of the Agreement is as stated under the heading Key Financial Information.

If you wish to settle the loan agreement before the agreed collection date please call customer services".

I could not believe the interest rate! Definately be giving that service a miss...
Posted by BangkokRam at 5:05 pm No comments: 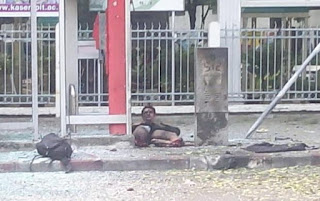 It apperars the bombing incident in Bangkok on Tuesday was indeed the work of Iranians. This seems to coincide with devices that were left in India and Georgia and intended for Israeli Diplomats.

Thai Police have the perp who threw the exploding bombs, He was easy to catch, he blew his own legs off. A second man was detained at the Airport and a third Iranian who escaped to Malaysia was arrested trying to board a flight to Tehran. Thailand is currently organising extradition from Malaysia.

A fourth suspect, a woman escaped on a flight out of the country on tuesday and a fifth suspect is also being sort.

Iran as obviously said it was a set up job by Israel, and people shouldn't believe that Iran had anything to do with State Sponsored Terrorism.....
Posted by BangkokRam at 6:49 pm No comments:

Today, there were a series of explosions in Bangkok. First reports suggest links to Iran.

It appears that a house near Ekimai, on Sukhumvit 71 exploded and from this three men escaped. Two appeared to have escaped in a taxi, whilst the third man was unable to get a taxi and three a hand held bomb at it. The taxi was damaged and the driver injured.

When the Boys in Brown turned up on the scene, it appears that the bomber threw another bomb at the Police! Unfortunately the device seems to have a tree and bounced back at the bomber and blew his legs off! Doohhh!!!

When more info comes through, I'll update...
Posted by BangkokRam at 6:31 pm No comments:

Diary of a Snowy day 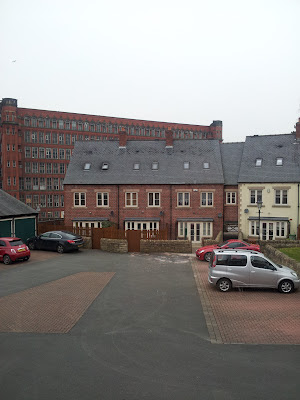 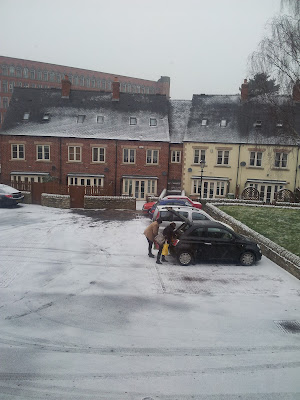 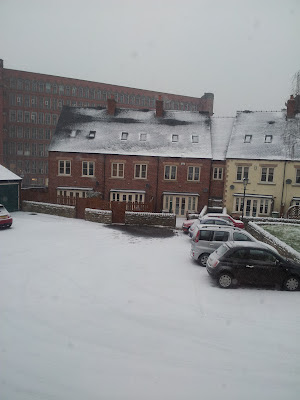 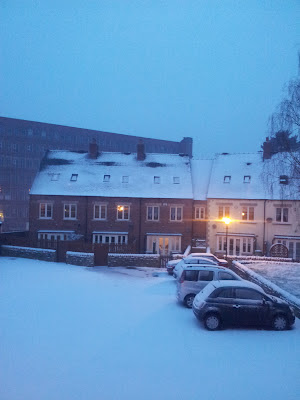 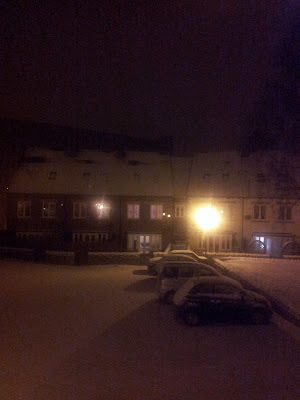 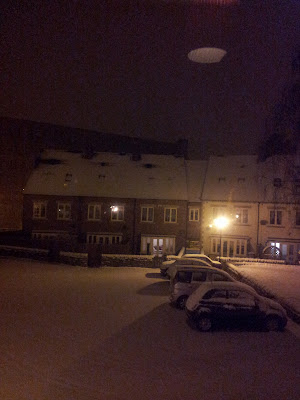 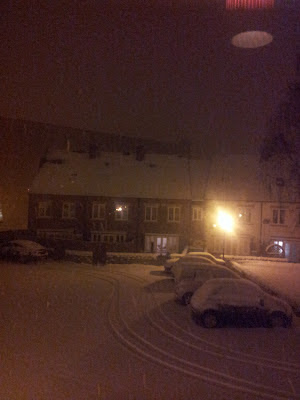 Thailand Battles with itself 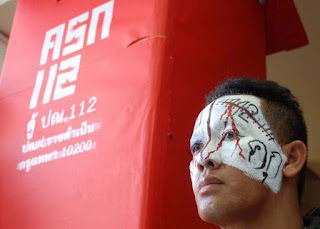 Thailand once again seems to be torn between factions of the old elite and new thinking generation. This time the topic is the divisive Lese Majeste Law, or article 112.

I have explained several times that this law exsists to protect the Thai Monarchy from criticism. Recently there have been several high profile cases that have resulted in people of all nationalities being imprisoned for either critcising or allowing other people to break law 112.

Now the intelligency of Thailand are asking for reforms to #112, Academics and students at Thammasat University have formed the Nitirat Group to call for the wholesale amendment and hopefully the end of #112. To tow the line, the University as distanced itself from this group and as banned all debate on the subject. In all fairness you can't blame them. In the 70's. dozens of students were massarced by Government sponsered gangs, the crack down was savage and there are plenty of footage on Youtube that is very gruesome.

I, however do wonder. Is all this commotion that seems only to be between High level Thai's and foreigners living in thailand is filtering through to the public at large? I believe they have more to be bothered about, plus the establishment is deliberately not discussing the subject in the media. I say "Not discussing", I really mean, they can't discuss it. If an Editor dare show any sort of support for the Nitirat Group they could expect a black bag visit at best.

This lack of debate is really sad. I think that Thai people are more than capable of having a reasonable debate, but like most things in Thailand, its the Elite who decide who discuss's what.
Posted by BangkokRam at 2:51 pm No comments: 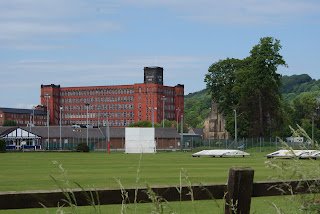 I'm so used to and take for granted where I live. In fact, I only live 200M from a World Heritage Site. I can see it from our living room window.

Below is the description on the World Heritage Web Site:

"Derwent Valley in central England saw the birth of the factory system, when new types of building were erected to house the new technology for spinning cotton developed by Richard Arkwright in the early 19th century. There was large-scale industrial production in a hitherto rural landscape. The need to provide housing and other facilities for workers and managers resulted in the creation of the first industrial towns.


The valley contains a series of 18th- and 19th-century cotton mills and an industrial landscape of high historical and technological significance. The industrial-scale production and the workers' housing associated illustrate the socio-economic development of the area. The construction in 1721 at Derby in the English East Midlands of a water-driven mill to manufacture silk thread was a very significant event in the Industrial Revolution. This was the work of Richard Arkwright, who in the 1760s successfully developed a machine for spinning cotton. He formed a partnership with silk manufacturer Jedediah Strutt. They selected Cromford, a village upstream of the river Derwent from Derby, for his first mill, work on which began in 1772. Arkwright also made provision for his workforce, mostly children. In order to attract them and their parents, he developed the village of Cromford. Weavers were invited to live in the houses that he built, their children working in the spinning mills and the parents weaving calico from Arkwright's cotton on the topmost floors.

The Evans brothers began building a cotton mill at Darley Abbey, just north of Derby, in 1782, in the beginning in partnership with Richard Arkwright. It was completed around 1786, but burned down two years later. Its replacement was constructed immediately and was considerably enlarged. The company diversified its production, eventually giving up spinning, and it is now the home for a number of small businesses. 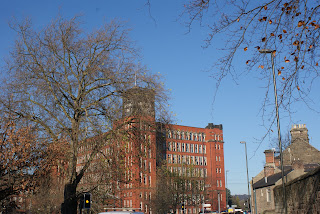 Like Arkwright and the Strutt brothers, the Evans family provided a community for their workers. The late 1820s saw the beginning of a progressive decline in the fortunes of both mills. In 1979 it had suffered two fires and much alteration. It is now home to a range of small businesses, as well as a popular heritage attraction. The Masson Mill, by contrast, was modernized in the late 1880s and was in continuous operation until 1992. Now the complete property consists of a continuous strip 24 km long, from the edge of Matlock Bath in the north almost to the centre of Derby in the south.

Belper is located halfway between Cromford and Derby and is formed by Belper North Mill (1804) and East Mill (1912). Its houses are built from gritstone or locally made brick and roofed with Welsh slate. They are laid out in rows, largely on an east-west alignment and in various forms as the company experimented with different designs. There is also the Chapel and Chapel Cottage (1788)."


Posted by BangkokRam at 2:23 pm No comments: 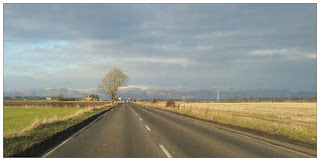 This week I went to Scotland for the first time ever. I seemed to have been to dozens of countries all around the world, but neglected to visit this one on my doorstep!

I was there with work, being shown by Lenny at our Grangemouth Depot. During the full day that I spent on the road I got to see alot of mid Scotland and Glasgow.

It did seem different to to England, the acsent was amazing! With everything ending with the word "PAL" eg. "See you Pal". At one appointmentin the sticks, I really had to strain to catch what was being said. I also had a lengthy discussion about Irn Bru. It seems, that in Scotland, Irn Bru is drunk like we drink Coca Cola. 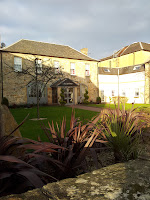 I stayed at Airth Castle Hotel, I was surprised that I stayed here! It was a four star Hotel well above my pay grade, but I didn't knock it.

I visited Park Head, the home of Celtic Football Club, and went through such notorious neighbourhoods as Govan and The Gorbals. Both looked pretty smart to me.

One thing I noticed was the lack of any non white people. During my whole stay I only saw one Black lady pushing her baby and that was in the heart of Glasgow. I was told "We don't have many Darkies up here"!

I would like to re-visit Scotland, but when the weather is better and of course with Nuch and Elizabeth. 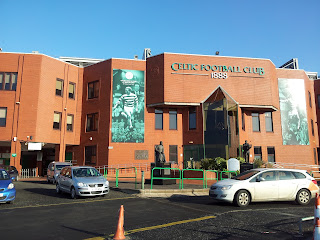 Posted by BangkokRam at 2:02 pm No comments: