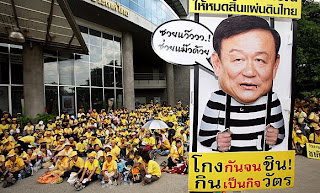 I didnt put "Thailand Troubles" has the title, being has most of the troubles seem to be in Bangkok. Now the "People's Alliance for Democracy" (PAD) are demanding the elected goverment stands down, they are protesting and have now put demonstrators at State TV and Goverment House.
Bizarre that a democracy party wants to oust a democratically elected party! Stranger still, leave bangkok and there is very little support for them. A little like people in London wanting to get rid of the goverment and the rest of the UK not really interested.
Personally, I think its time for the boys in brown to wield their big sticks, get them working for a change and stop ponsing off drivers at the side of the road.
Posted by BangkokRam at 11:48 am No comments: 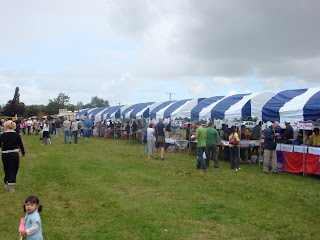 Elizabeth getting in on the act!

Today we went to the Thai UK festival at Kings Bromley, this is an annual affair and this year it was huge.
There were the usual thai food stalls selling their thai wears, I had a lovely PadThai dish. (Fried noodles and egg in a sweet sauce), which was very nice. Obviously several bottles of Thai Singha Beer had to be drunk.
I entered a raffle for two tickets to Thailand and Chang Mai, sadly I didn't win, but one of Nuch's friends did.
Posted by BangkokRam at 1:02 pm No comments:

Taking it up the Gary 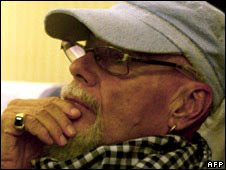 World famous Peedo, Gary Glitter is back in the news, unfortunately he survived jail in Vietnam and after his release today was deported and put on a plane to Britain via Bangkok.

This guy, who was booted out of Cambodia for Kiddie Fiddling, then decided to shack up with an 11 and 14 year old in Vietnam. He was apparently giving them english lessons, i've never heard it called that before. Rightfully he spent over two years in jail.
Whilst on the flight back he decided to fake a heart attack and refused to carry on with his journey to the UK, knowing the kind of reception he was going to receive, I don't blame him.

UPDATE 20th August 2008
Gary "Take it up the shitter" Glitter, refused to bored a plane to the UK from Bangkok and was last seen boarding a flight to Hong Kong, i'm surprised at this, HK has always had a strict policy on peedo's and we'll see what happens when he gets there?

UPDATE 21st August 2008
Gypsy Gary, has now been booted out of HK, he is now said to be on a plane back to Thailand. I hope the Thai authorities don't buckle and let him stay. He should try Georgia, USA. I've heard they have the most laxed peedo laws in the world!
UPDATE 23rd August 2008
The Peedo has landed!
Posted by BangkokRam at 8:12 am No comments: 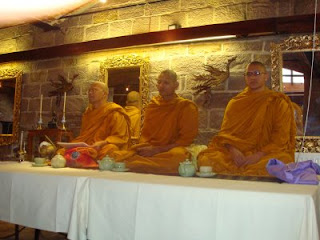 Today we visited the new Thai restaurant in Belper.
The Old Siam is located in the North Mill Courtyard and has lovely surroundings, Belper wier is only a few metres away.
The food like most thai restaurants in catered towards the western pallet, this is not a bad thing. The first time we ate there, I had fish fillet in a red curry sauce, it was very nice.
At the opening, there were three monks who did alot of chanting and a free buffet was laid on. There must have been fifty people in total and the thai dancing was first class. good luck to Old Siam!!!! 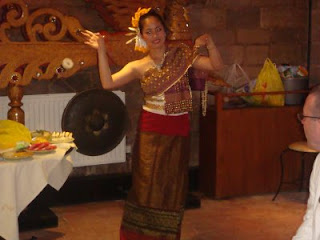 Elizabeth in the wars

The video above is of Elizabeth at her friends Princess party earlier today.

She came out of the incident fine, i'm debating whether to send it up to you've been framed? 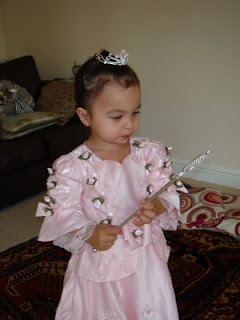 Posted by BangkokRam at 11:48 am No comments: 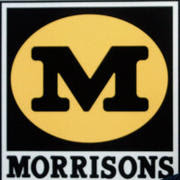 At last the price of fuel is beginning to come down, last month you couldn't keep up with the price hike, rising daily till it topped out at 119p for unleaded.
The price has dropped to 109.9p per litre.
Hopefully the main petrol suppliers follow suit and bring down their prices.
Posted by BangkokRam at 1:59 pm No comments:

My Thailand by Chris Parker

My Thailand by Chris Parker

This is a link to my new website that i've been cracking on with in the evenings. Very much a first time effort and a work in progress.

tell me what you think of it please.
Posted by BangkokRam at 1:53 pm No comments: 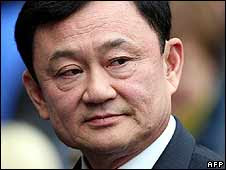 Ousted Thai Prime Minister Thaksin Shinawatra has said he will not return to Thailand from the UK.
In a statement released to the Thai media, Mr Thaksin said he and his wife would remain in the UK, "where democracy is more important".
Mr Thaksin is on bail over corruption charges but failed to make a scheduled Bangkok court appearance on Monday.
Thailand's Supreme Court has now issued an arrest warrant for the billionaire, who owns Manchester City football club.
Mr Thaksin says the charges are politically motivated and an attempt to remove him from politics.
The former leader had been due to return to the Thai capital on Sunday after a court allowed him to attend the Olympic Games opening in Beijing.
This means there s a real chance that the UK courts will now have to decide the fate of Thaksin and family!
Posted by BangkokRam at 1:26 pm No comments: