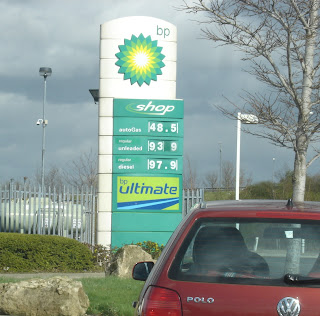 England is expensive, i've really noticed the prices have gone up in the last two years, but what as happened to the price of petrol?
Does the UK pay more on the international market than every other country?
In Thailand when I first went over, petrol cost 33p per litre, in the UK it was around 68p. The price of a barrel of oil is more or less the same today than it was two years ago ( actually slightly less).
The price of a litre of fuel when I left Thailand was 33p per litre and in the UK its 90p+. I know the goverment as had its cut, but I think its more the oil companies putting the price up when oil goes up, but unlike Thailand the price doesn't return to the former price when oil is lower.
The price of Autogas in Thailand is around 11p per litre, not the 46p at this station
Robbing Bastards!!!!
Posted by BangkokRam at 8:26 pm No comments: 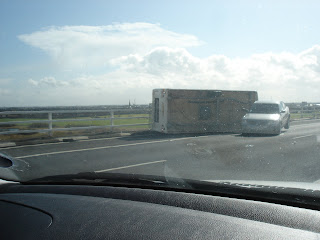 You don’t see many caravans in Thailand, the thought of hitching a ready made house to the back of the car and wandering around the country annoying other road users hasn’t occurred to them yet.

Anyway its cheaper to buy a Condo by the coast, and your condo wont topple over in wind as it crosses a bridge. Only the occassional errant wave heaping misery and destruction.

Posted by BangkokRam at 7:14 pm No comments:

Email ThisBlogThis!Share to TwitterShare to FacebookShare to Pinterest
Labels: Strange 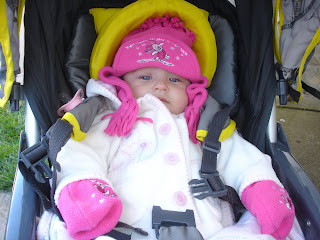 Loads of people have asked me "how is Elizabeth coping with the cold weather?"
The answer is very well! In Thailand she did not cope very well with the heat, she liked nothing better than lying upstairs in only her nappy with the air con on and a fan blasting her, her skin was ice cold.
Even now she wont have a cover o her, sometimes her hands are like blocks of ice, I have to warm them up with my hands.
The only time the cold as got to her was whilst in the caravan near Brid, the wind was ferocious, a real red nose day.
Posted by BangkokRam at 7:06 pm No comments: 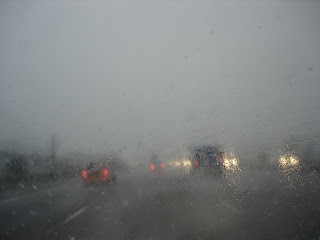 I was hoping to be able to send some pictures back to Nuch of Elizabeth playing in the snow. Nuch as never seen snow.
This weekend it was forcasted a full load! Sadly all we got was a bad sleet blizzard and very cold temperature. You can see from the dashboard the temp was -1.5C. Bearing in mind less than two weeks before I had been in temps of near 40C. 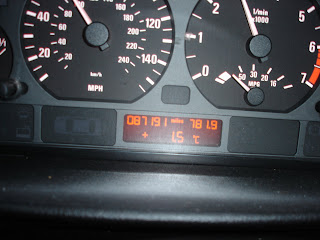 A big difference!!!!
Posted by BangkokRam at 7:18 pm No comments: 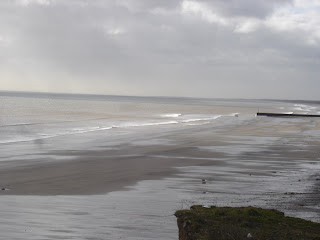 A few weekends ago I went to stay in a caravan on England’s Costa del Bridlington; it’s the first time I’ve been to the coast since I got back from Thailand.

The difference could not be starker! There were no Hawkers trying to give you a massage, or sell you your lunch! In fact there was nobody on the beach at all. Not surprising really when a force 8 gale was blowing from the north east and the wind chill was well below zero.

I think the term is “Bracing” 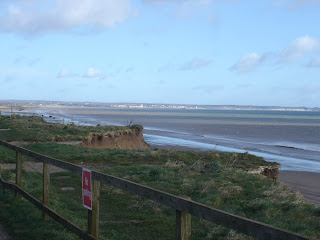 Posted by BangkokRam at 10:38 am No comments:

Don't mess with the Royals 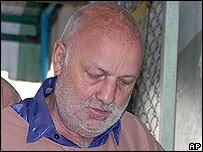 This little ditty appeared on the BBC a few days ago. I can't beleive this guy as done what he did! Defacing pitures of the Royals is possibly the biggest no-no in Thailand. Check out the link below.
http://news.bbc.co.uk/1/hi/world/asia-pacific/6442331.stm
The sad thing is hardly anyone back in Thailand as heard about this, if you don't hear about it then it don't exist..
Unless this guy is lucky enough to be deported he willface a minimum of seven years in the Bangkok Hilton, which he is unlikely to finish with the conditions in Thai prisons. Worse case is 75 years.
PS. The above geezer as received a ten year sentence to be served in Thailand!
PPS. The King as granted him a pardon, and he will be deported immediately.
Posted by BangkokRam at 9:48 am No comments:

This morning I arrived back in the UK with Elizabeth.

Hopefully Nuch will be joining us as soon as we can sort a visa for her. I've been offered a job that I can't refuse and with benefits like car, phone and accomodation who could blame me.

Things have not gone well in Thailand since the coup last september, also looking after Elizabeth as detracted me from my internet sales work to an extent we were quickly becoming skint. Add in to the mix the clamp down on personal freedoms and media censorship of the new Junta. The security situation in Thailand is not the best either.

It was a hard decision to come back, and Nuch made a leap of faith and let me bring Elizabeth with me.

I will try to get around everyone at a later date, if you need to contact me you can email me and i'll send you my mobile number.

See you all soon.
Posted by BangkokRam at 9:40 am No comments:

Lovely trip to the Dentist 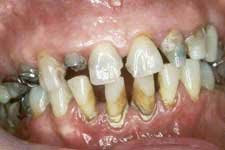 Actually it should be "Cheap trip to the Dentist". I've a bad tooth for months, but for one reason or another i've avoided going.
With my impending return to the UK I took Nuch's advice and off I went.
There was no need for an appointment and I was seen within ten minutes, after an inspection the dentist in good english told me I didn't need a filling and should begin to use Sensodyne Toothpaste to help with the sensative tooth.
I asked him to give my teeth a quick scale and polish, which he did, even giving me a local near my sore tooth.
Crunch time, how much will it cost?
Get this 700bht (10 pounds) I nearly told hime to do them again.....
Posted by BangkokRam at 10:41 am No comments:

Just when you think its safe to eat the food again, some hair brained twat come's along with something new to shock and awe the public.
This time, eating fish that is still alive even though half its body as been deep fried.
The poor fish as half its bodied scaled, sliced. Then the live half is cotton in wet cloth, so when the back end is deep fried no splatter will hit the alive fish.,
Then some sad dicks eat the the poor thing, beggers belief!!!!
Posted by BangkokRam at 1:53 am No comments:

This picture as appeared in all of the Thai newspapers this morning.
It show two University girls sitting at one of Bangkok's most prestigeous Temples, Wat Po. The outrage of the piece is the length of the skirts. University are renowened for the clothes they wear, very, very short skirts and oh so tiny tight fitting blouses! (Getting carried away).
However to wear these clothes at a Temple invokes a national outrage, the fact that Bangkok is probaly the larges brothel in the world and within spitting distance of the Wat there will be a Karioke/Knocking shop selling its wears 24/7 is not an issue.
Dare one say "Skewed double standards" or will it be censored?
Posted by BangkokRam at 1:43 am No comments: